This article aims to provide a technical comparison between tedee and other recently successful smart locks. We will try our best to stay as objective as possible. The focus will be placed on the smart lock itself omitting to review additional modules in detail.

Before we begin, however, a brief introduction to the topic might be useful.

Smart locks are usually defined as an electromechanical lock that performs operations based on instructions received from an authorized device over a wireless protocol with a cryptographic key. Their definition also includes monitoring access and sending alerts for events it is set up to track or related to the status of the device. They can and are very often considered as a part of smart home systems.

Smart locks are usually mounted on the mechanical lock in such a way that they upgrade the initial setup. It is often done by either entirely replacing the cylinder or installing an on-key adapter.

Usually, smartphones sending an authorized command serve as a key. Recently, however, some alternatives have been introduced in form of key fobs, keypads, or separate devices intended to serve the purpose. Often designed to be as compact as possible.

Whilst pointing out the differences, benefits, and supposed disadvantages of each device, we will mostly focus on: 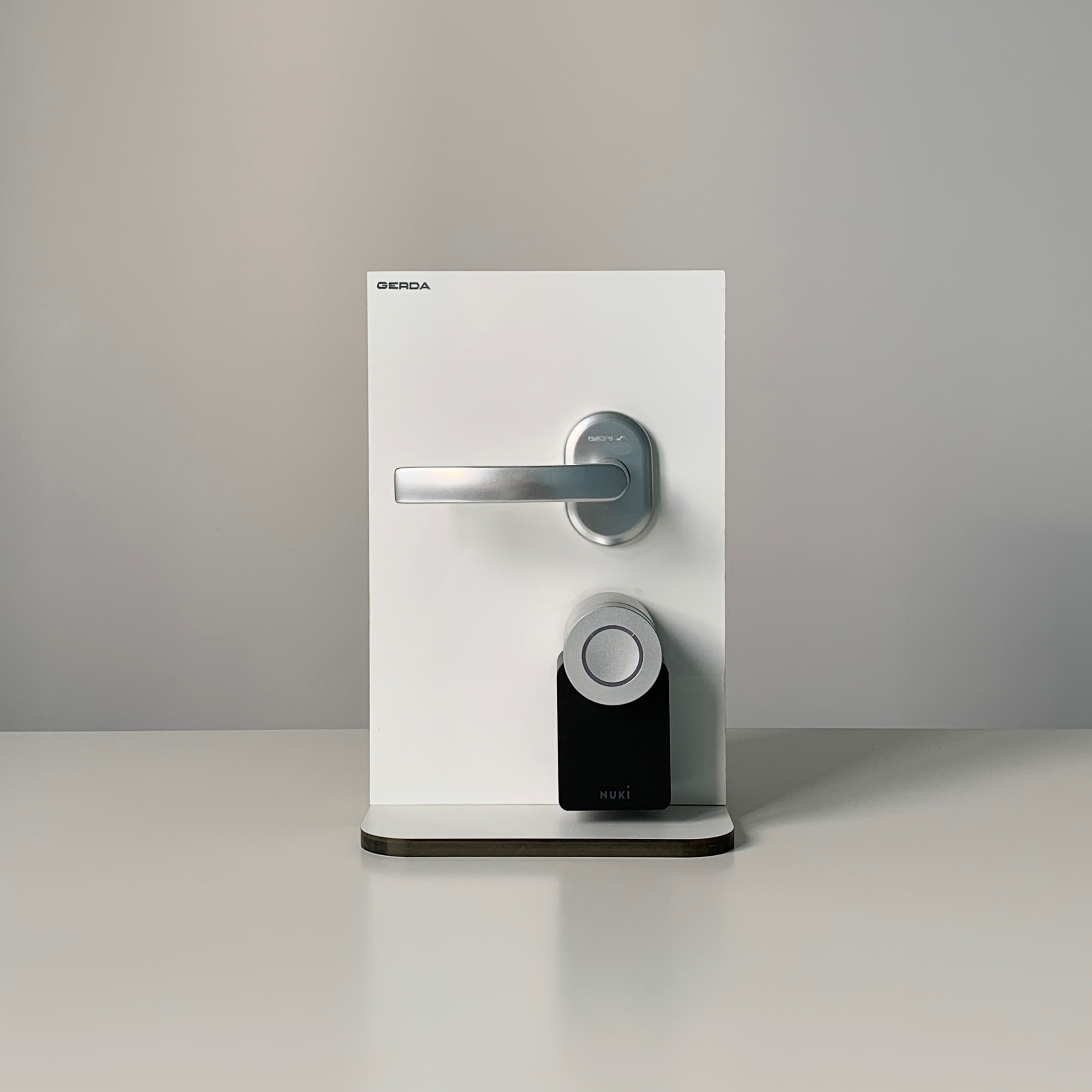 A well-established lock was launched in 2017.  It features a minimalist design with no compromises made in size. The result is a rather big lock that is mounted as an on-key module. There is no need to replace the cylinder, yet more often than not you still have to unscrew the outer shell of your lock to install Nuki. Its biggest advantage in that department would be its versatility - the manufacturer provides compatibility for a wide variety of lock types in Western Europe and supports most smart home setups.

Integrated with several smart home systems it does come with some drawbacks. First, of which would be the size - the lock is rather bulky. It comes with a plastic finish, which does not give a very premium feel often expected from smart home products. From its size, one would expect it to be sturdy and built of resilient materials. Additionally, it requires to be powered by batteries. In practice, it can become a nuisance, replacing batteries every so often, when instead you could have just plugged in a charging cable like you can do, with locks that have a rechargeable battery. It is also noticeably slower than its competitors and usually takes an extra second or two to react to commands sent from the app. 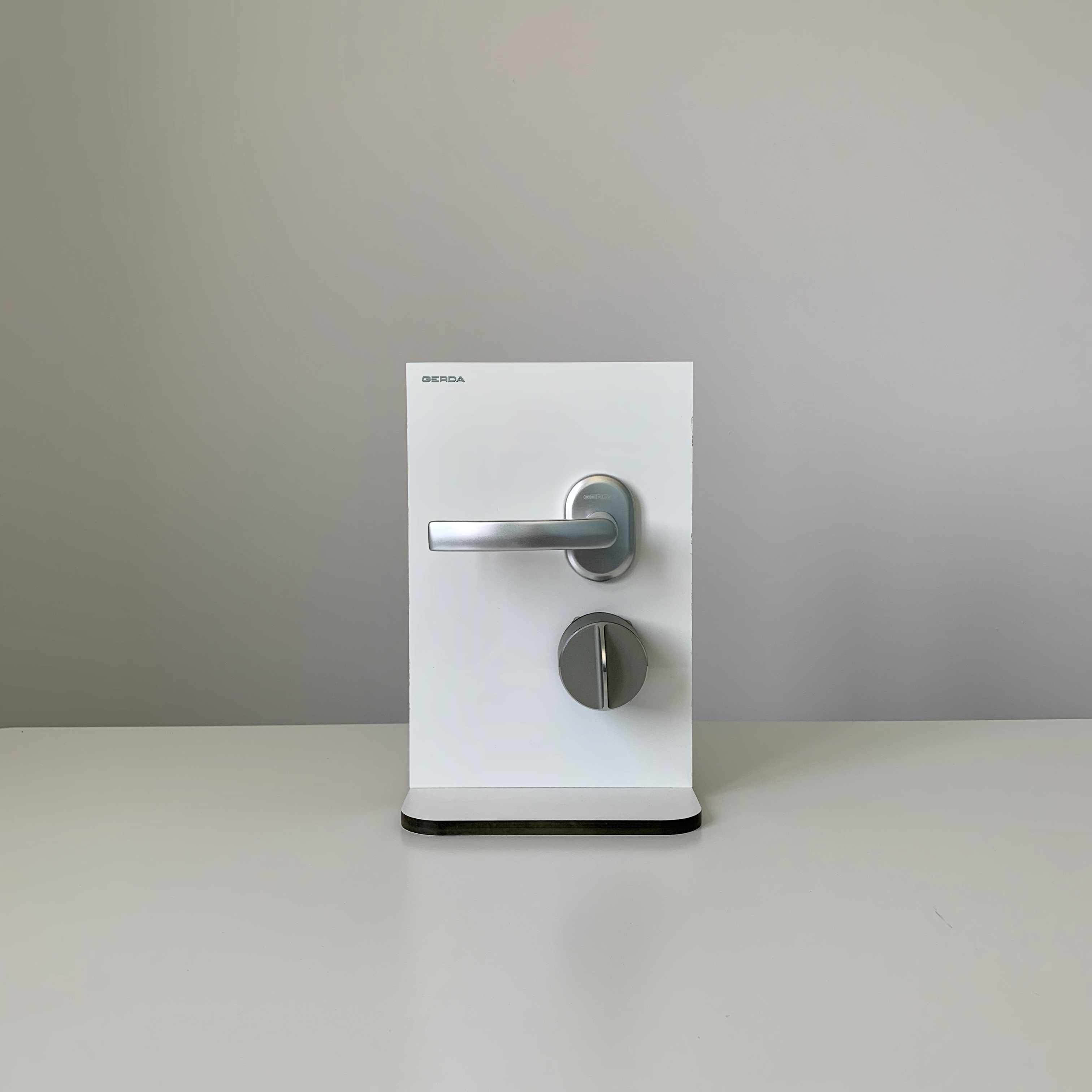 Danish in its origin as the name suggests, the lock is noticeably smaller than Nuki. It has a more universal aluminium look. Similar to Nuki in its installation, it uses a backplate mounted on the cylinder from the inside of the door, allowing for versatility. This means it is easy to detach but doesn't sit as securely on the lock as its competition. It responds to the app faster than Nuki does. It also features a nice twist assist function to make the manual turning of the lock easier. Unfortunately, it does not come without its drawbacks.

Unless mounted on a two-way cylinder it becomes inoperable with a traditional key. Adding users and sharing virtual keys is much more limited than Nuki or tedee. Guests added to this lock can either have access or not at all as there are no options such as cyclical or temporary access available. The turning action is still loud. Just as Nuki, Danalock also operates on disposable batteries, which might be a big drawback for some users. Also, its Z-Wave and Zigbee versions use an older AES 128 + TLS 1.2 protocols for online security. The above will make the lock an outdated offer very soon. 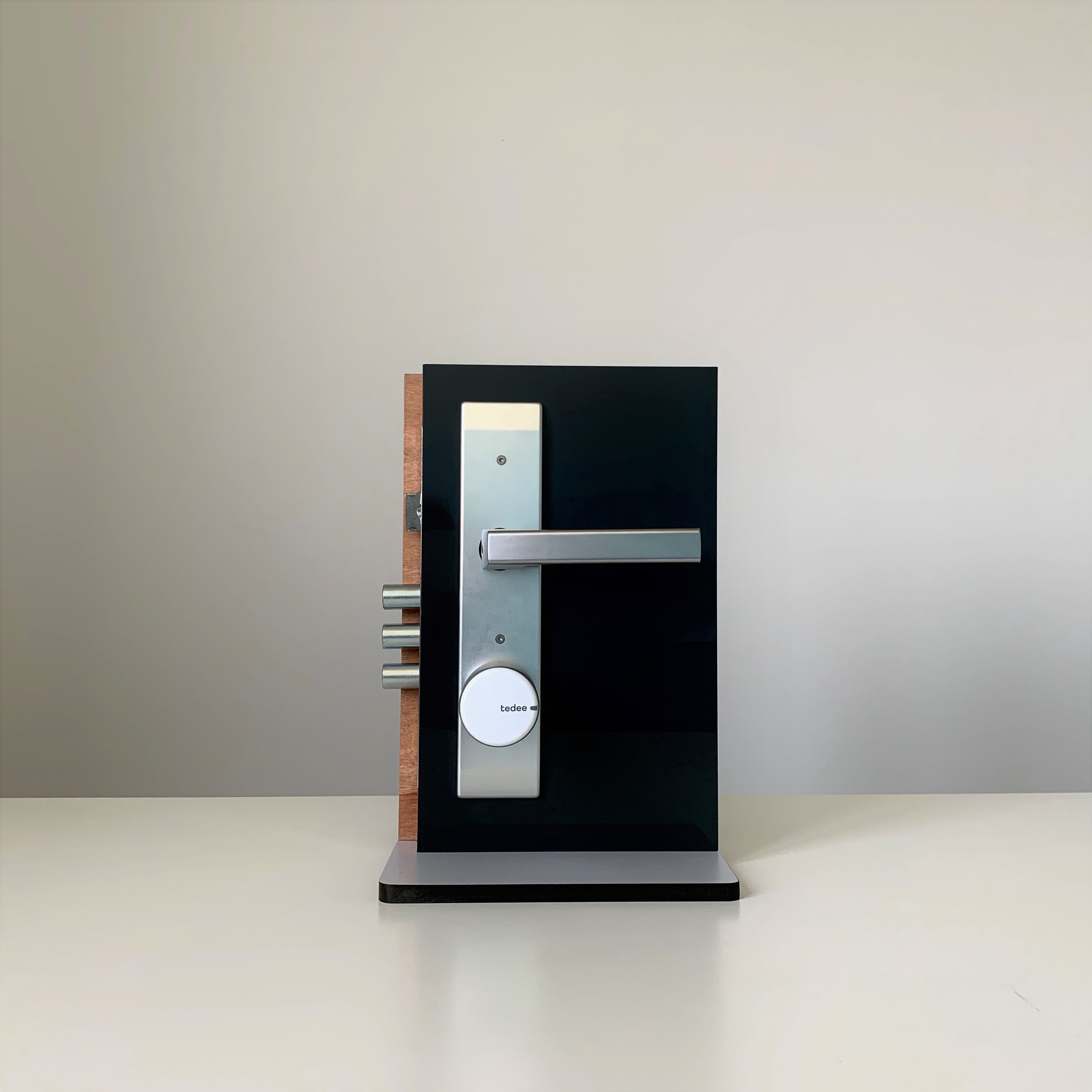 A very recent entry into the smart lock family, tedee improves upon the ideas of its competition. It is mounted using a custom-made, two-way cylinder. This ensures the lock always remains operable with a traditional key. The chassis was made using a high-grade aluminium and steel alloy combined with PC-ABS polymer for its more delicate parts. It is considerably smaller than its competitors, and quite possibly the smallest smart lock available. At first glance, it could be mistaken for just a doorknob. Despite its size, there is no need to use replaceable batteries, as the lock features a rechargeable accumulator cell which can last up to 6 months. Constructional integrity achieved using stronger materials allowed for a much quieter turning action. In line with its flush design, on its face, the device features a programmable button. All this contributes to a product with a premium finish which many smart locks desperately lack.

Software-wise it is very up to date. Sharing keys is intuitive and has numerous access options such as time schedules or restricting specific functions from being used by the guest. Also, worth noting is the Auto unlock feature, which can open the door and pull the latch in advance, allowing for hands-free entry. In terms of safety, the cylinder provided by the company is class 6 of European safety standards and boasts strong online security using TLS 1.3 protocol and AES 256 encryption. The app is on par with modern designs and is very responsive. Lastly, its upcoming integrations with popular smart home systems combined with all the above are very likely to make the device unmatched by anything currently available on the market.

Finally, we prepared a video for you to compare how loud and how smooth each lock operates.

A
Agata is the author of this solution article.

Did you find it helpful? Yes No

Send feedback
Sorry we couldn't be helpful. Help us improve this article with your feedback.